The Riverside Hotel in Killarney is the first location where connecting with the Internet was problematic. It is an older place just dripping with charm though. Our room is furnished with lovely dark cherry wood. Instead of buffet breakfast, we got plated meaning they bring your order to the table.

Our first stop yesterday was at the Irish National Stud in Kildare.  A cute young man,  Kyle, was our guide.  He has been at the job less than a month,  replacing his best friend who is traveling for the summer and whose father is the CEO. His friend thought he'd be good with people so got him the job and gave him a crash course. The amount of information and knowledge he conveyed was impressive.  I'm trying to fix him up with my Goddaughter, Sophie. She works with horses too.

We learned a lot about stallion behavior, how horses are selected by owners, breeding and foal weening. It was fascinating and the foals were adorable. One nibbled my hand for a bit.

There was also a beautiful, 100-year older Japanese garden on the extensive grounds and we left just enough time on our visit for a quick walk through a small part of it. Just lovely.

We stopped at Cashel Rock castle next but it was more of a comfort stop to pee. Not enough time to explore the castle or the village.

Larry and I weren't interested in kissing the Blarney Stone because I already have a gift of the gab. Good thing too because the three people on our tour who did, spent our entire 2 hour visit in line. Cruise ship tourists make lines here ridiculously long.

We paid to go in and walked the grounds, got good castle photos and shopped in the woolen mill.

In Killarney, Billy the jaunty carriage driver took us on an hour tour of the national park, complete with Castle Ross (another property destroyed by Cromwell) and a lovely lake. Locals were relaxing on the shore while children threw rocks in the water. I learned the Stinging Nettle is delicious and is good for arthritis!

After dinner a couple women joined Larry and I at an Inn a five minute walk up the road from our hotel. Twelve local couples folk danced while the rest of us watched. The festivities didn't begin until after 10pm.

I asked one woman dancing what the dance was called. I think she said polkafit. It was a folk dance that combined fast polka with clogging and medieval pattern dancing. Nobody smiled. It was serious fun. British women sitting behind us laughed about their serious faces.

One woman said to me as we walked out, "I thought you was going to do a little dancin' yir self then?" "No", I said," I have to get up very early." "Aw too bad", she replied in a thick Irish brogue. 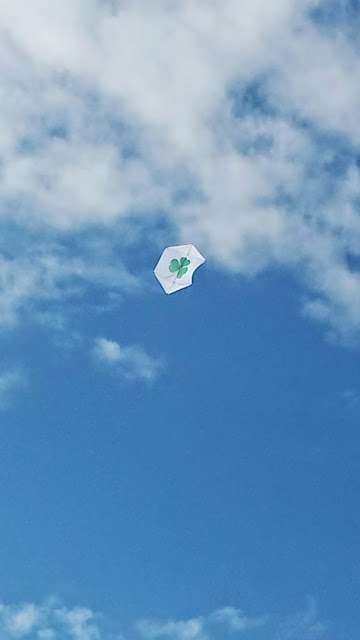 Posted by Kathy Crowley-Gardner at 7:22 AM